Antibiotics are widely used to treat bacterial infections, including but not limited to bacterial pneumonia and other respiratory infections, strep throat, ear infections, urinary tract infections, sexually transmitted infections, skin infections, severe acne, and more. For these conditions, the prescription of antibiotics is useful in several different ways: depending on their type, antibiotics stop bacteria from building cell walls, stop the protein-building process, and interrupt DNA synthesis, such that the bacterial cells can no longer survive and replicate. These processes effectively destroy the harmful bacterial cells, but they also somewhat indiscriminately affect the good bacteria that maintain gut health and the immune system. There are also serious side effects associated with antibiotic use such as organ damage, sepsis, and death. For these reasons, it is strongly recommended that antibiotics should only be used as directed and as needed.

Many prescription antibiotics include directions not to use them concurrently with alcohol. There are several reasons for this. First, excessive drinking impairs immune system function. This poses difficulties for the body to recover from infection. Second, alcohol and antibiotics often have similar side effects, such as an upset stomach, dizziness, and drowsiness. Using them together can amplify these side effects. Third, many antibiotics interact with alcohol to produce unintended chemical processes. For example, certain antibiotics may interfere with the body’s ability to metabolize alcohol, resulting in a higher blood alcohol concentration (BAC) than what would be the case without the effect of the medication. They can speed up the rate of gastric emptying, which means that the rate of alcohol absorption by the digestive system is also increased, also giving rise to a higher BAC. They can cause a dangerous increase in blood pressure, liver damage of varying severities, and more reactions such as flushing, nausea, vomiting, and rapid heart rate.

Antibiotic-alcohol interactions differ across patient demographic. Females are more prone to side effects, as the same amount of alcohol raises a female’s BAC more than it does a male’s. Research has discovered that females are deficient in one of the three components of an enzyme called alcohol dehydrogenase (ADH), which breaks down alcohol before it reaches the bloodstream. The lack of this component, glutathione-dependent formaldehyde dehydrogenase, explains female’s lower ADH activity levels. As a result, females are more susceptible to alcohol-related organ damage.

Older patients are at a particularly high risk for antibiotic-alcohol interactions as the body’s ability to metabolize alcohol decreases with aging. Also, older patients are more likely to take a medication or medications that interact with alcohol due to the fact that the incidence of health complications increases with age, and consequently, the older patients need to take a greater quantity of medications. Antibiotic-alcohol interactions also differ across the classes of antibiotics, and a table depicting the possible effects of mixing alcohol with some of the most commonly prescribed antibiotics is included below for your reference. Note that some of the possible effects are unique to specific types of antibiotics and that some effects are more severe than others. Nausea is a common side effect for many antibiotics when used with alcohol. Additionally, some cold medicines and mouthwash also contain alcohol, and the use of these products is best avoided during an antibiotic treatment. 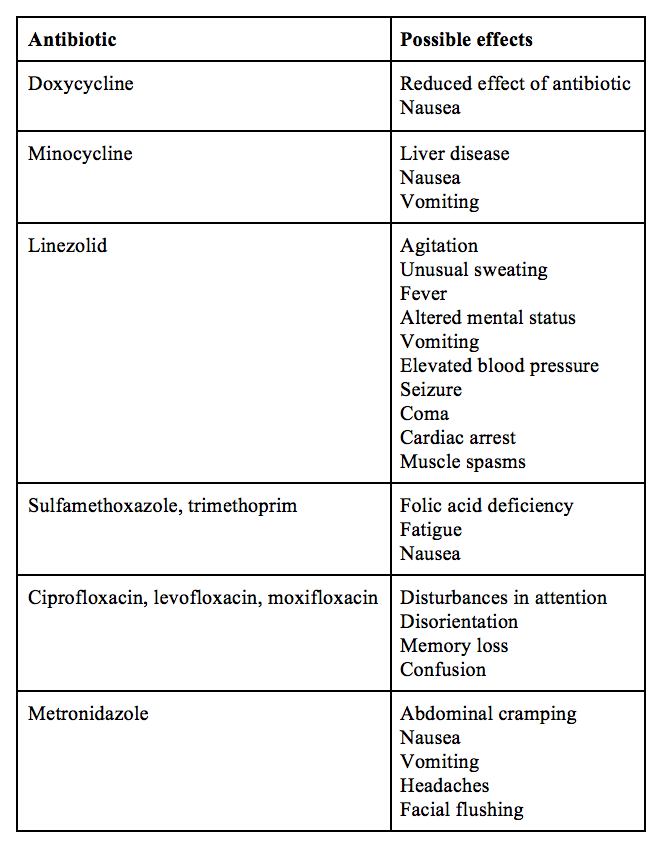 Modest alcohol use does not necessarily reduce the efficacy of most antibiotic medications, but it can reduce your energy, delay your recovery, and cause or amplify unwanted side effects. Prescribed antibiotics are extremely efficacious and are important to use, but to get the most out of an antibiotic treatment, it is a good idea to be aware of its interactions with alcohol and not to choose alcohol consumption over taking those medications. Antibiotics can stay in the system after the end of the prescription period, potentially for weeks; it is reasonable to avoid alcohol for some time immediately after the antibiotics treatment. And as always, read and follow the directions on your prescription package. 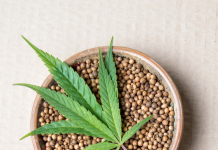 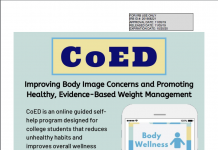 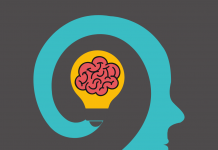 How to Adjust to College using the Growth Mindset